History can be a fickle mistress, especially when you learn it wasn’t so!  Years ago, I fell in love with the photograph and story of Lottie Deno, a mysterious yet virtuous female gambler who maintained her purity as she traveled to some of the roughest towns in frontier Texas.  Then she just disappeared from Texas. 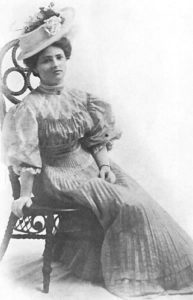 The photo of her is striking, especially when compared to some of her female gambling contemporaries such as Poker Alice, and I decided to do my first historical novel on her because she seemed like a virtuous woman in an unvirtuous frontier world.

Though her legend was well known, J. Marvin Hunter, who knew her in her later years in New Mexico, published in 1959 The Story of Lottie Deno:  Her Life and Times, her first biography.  Though some historians like my longtime friend Ty Cashion had previously begun to pull back Miss Deno’s veil of purity with his A Texas Frontier: The Clear Fork Country and Fort Griffin, 1849-1887, along comes Jan Devereaux to tear that veil to shreds and in the process rip up the photo I had fallen in love with.

I had the opportunity to meet Devereaux at the Lone Star History Conference last month in Waco and to buy her Pistols, Petticoats & Poker: The Real Lottie Deno, No Lies or Alibis to add to my Lottie Deno library.  Devereaux has done an admirable job of research in putting together the best documented account of Lottie’s actual life.  Miss Deno was not as pure as people’s memories, certainly she was a madam with multiple arrests for running a “disorderly house,” a Victorian and legal euphemism for brothel.  She was likely a prostitute during at least some of her stay in Texas. 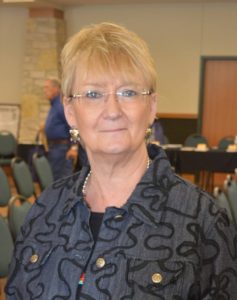 Most discouraging, Devereaux had the photo analyzed by historical fashion experts, who indicated the dress and hat were typical early 20th century attire rather than middle 19th century dress when Lottie would’ve been the age of the striking woman in the photo.  So much for my love affair with Lottie Deno, who left Texas in the late 1870s and ultimately reappeared in Deming, New Mexico, as Charlotte Thurmond, a respectable local matron and Episcopalian.

Her legend was so appealing that she has appeared in several fictional iterations since her 1934 death.  I wasn’t even the first Lewis to write about her as Alfred Henry Lewis first immortalized her as Faro Nell in his Wolfville books between 1893 and 1913.  Lottie was the model for Laura Denbo, played by Rhonda Fleming in the 1957 Paramount release Gunfight at the OK Corral, starring Burt Lancaster and Kirk Douglas.  Lottie is also thought to be the model for Miss Kitty as played by Amanda Blake in the long-running Gunsmoke television series.

I am pleased to report my Lottie book—The Lady and Doc Holliday—will return to print later this year, even if the photo that sold me on her story is not her after all.