I have just sent to my publisher, Wild Horse Press, the manuscript for the fourth book in The Memoirs of H.H. Lomax series.  This book explores Custer and the Little Bighorn with Lomax right in the middle of things.  In fact, if Custer had only listened to Lomax, things might have turned out differently that fateful Sunday afternoon.  This is how I started the manuscript: 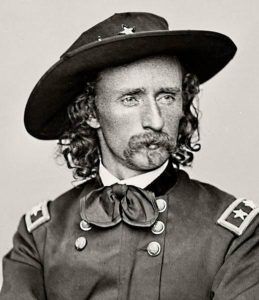 “My aim was to shoot George Armstrong Custer, not to make him famous.  Maybe I shot him and maybe I didn’t.  I never knew because it was hard to confirm if you hit your target when hundreds of screaming Sioux and Cheyenne warriors were also firing at him—and at me.  But the fact is, I held more rancor for Custer on that hot, dusty day in June of 1876 than I did for the Indian braves committed to scalping me.  In the end, you might say that both God and the devil saved me from the fate of the other white men on the hill above the Little Bighorn that afternoon.

“I didn’t care for Custer, general or colonel or lieutenant or whatever his rank was.  Fact was, I called him ‘General Bluster’ because there weren’t enough mirrors in the world to adequately reflect his opinion of himself.  And my low opinion of the man did little to narrow the waistline of his bulging vanity.  In fact, he relished telling me how superior he was to me, him being of Yankee descent and attending West Point, while I was a poor Southern boy with a narrow education.  I could read, I could write and I could think.  Custer could, too, but he liked to read about himself, write about himself and I imagine, if I could have read his mind, that he liked to think about himself as well.  Fact was, if you had ordered a thousand sons of bitches from a Chicago mail-order house and only received him, you’d mark your bill paid in full.” 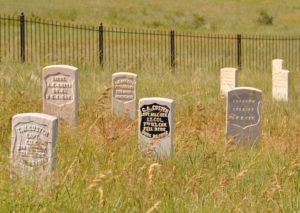 George Armstrong Custer remains one of the most controversial figures in American history, some folks adoring him, others despising him.  I side with his detractors, finding him an arrogant, vainglorious narcissist, his unquestioned bravery outweighed by his impetuous nature and his imperious treatment of his men.  My friend and distinguished western historian Robert M. Utley once said something to the effect that opinions on Custer say more about the beholder than the beholden. That is certainly true for there is much to like and even more, in my mind, to despise about the general.

The great thing about writing fiction is that the novelist can choose the facts he likes and ignore the ones he doesn’t to paint his picture of people and events.  There was so much good and bad about Custer that it was easy to make him the foil of my protagonist, H.H. Lomax.

Tentatively titled Bluster’s Last Stand, the comic western novel will be out next summer.