In researching Bluster’s Last Stand, I read close to a hundred books on Custer and the Little Bighorn in search of historical details and odd facts I could use in my novel.  The nice thing about writing fiction is that you can use the accounts that serve your story best without having to confirm their authenticity.  These are the volumes that were the most helpful in constructing my novel. 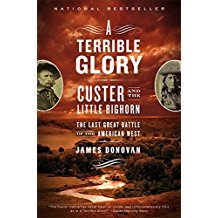 1)  A Terrible Glory: Custer and the Little Bighorn – the Last Great Battle of the American West by James Donovan (Best modern synthesis of the battle with a fresh look at some previously discounted claims related to the battle.) 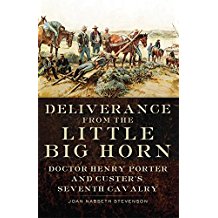 Seventh Cavalry by Joan Nabseth Stevenson (A solid account of the doctor who treated the wounded and escorted them back to Fort Abraham Lincoln on the Far West.  Good detail on the aftermath of the battle.)

3)  Custer Survivor: The End of a Myth, the Beginning of a Legend by John Koster (A credible account with supporting evidence of a possible survivor.)

4)  Arikara Narrative of Custer’s Campaign and the Battle of the Little Bighorn by Orin G. Libby (The recollections of nine Arikara scouts who accompanied the campaign.) 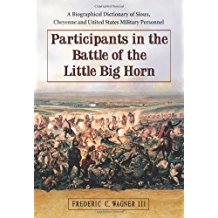 5)  Participants in the Battle of the Little Big Horn: A Biographical Dictionary of Sioux, Cheyenne and United States Military Personnel by Frederic C. Wagner III (This compilation of known details of various participants allowed me to choose actual soldiers to include as characters in the novel.)

6)  I Go With Custer:  The Life & Death of Reporter Mark Kellogg by Sandy 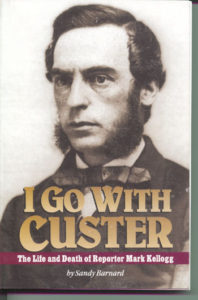 Barnard (This account examines the newspaper reporter who accompanied the fateful and fatal expedition.)

7)  Custer’s Luck by Edgar I. Stewart (A solid examination of the Indian Wars and Custer’s role in them.)

9)  The Last Stand: Custer, Sitting Bull, and the Battle of the Little Bighorn by Nathaniel Philbrick (Another solid modern account of the battle and its participants) 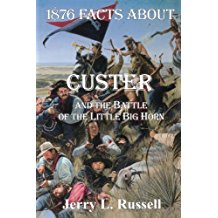 10)  Little Big Horn Diary: A Chronicle of the 1876 Indian War, Vol VI, Custer Trail Series, by James Willert (A day-by-day account of the Custer expedition, pulling together facts from multiple sources into a single work.)

11)  Custer’s Trials:  A Life on the Frontier of a New America by T.J. Stiles (A Pulitzer Prize winner for history placing Custer and his travails in the context of the times and the nation.)

12)  1876 Facts About Custer And The Battle Of The Little Big Horn by Jerry Russell (A potpourri of interesting, unusual or lesser known facts about Custer and his fateful expedition.)