Earlier this month I had the chance to attend the Texas State Historical Association annual meeting in San Marcos.  Those are always wonderful meetings if you love history and enjoy meeting people who have the same passion. 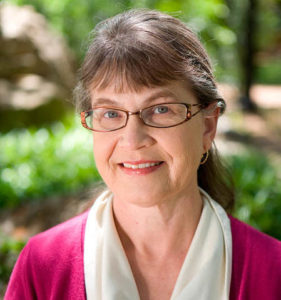 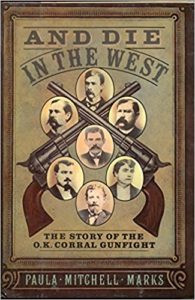 And Die in the West

The meeting gave me the chance to catch up with Paula Mitchell Marks, who was ending her term as TSHA president.  Paula and I go a ways back through our affiliation with Western Writers of America.  Paula won a Spur for her book Precious Dust, which examined the American gold rush era from 1848-1900.

Although Precious Dust is a well-written and researched book, my favorite of her books is And Die in the West, an account of Tombstone, Arizona Territory and the events leading up to the gunfight at the O.K. Corral.  Her account in my view is the best chronicle of the culture and incidents that culminated in the famous shootout.  Paula treats the various factions involved in the disputes equally and fairly, unlike many accounts which tend to glorify the Earps at the expense of the others.

And Die in the West was the best of the dozens of books written on Tombstone that I used when researching Mix-Up at the O.K. Corral.  Her book provided a coherent chronology of facts and events that became the skeleton for my fictional account as told by H.H. Lomax.

If you interested in reading about the history behind the legend of the Earps, the Clantons, the McLaurys, Doc Holliday and the O.K. Corral, I would recommend Paula’s book.  Anything researched and written by her is top-notch.